Throughout all my reading on Larry Lohrman’s excellent site Photographyforrealestate.net site I haven’t seen a thorough explanation on how to achieve a well balanced interior image with Enfuse.  And I discovered Enfuse on the Photographyforrealestate.net web site.  By “well balanced” I mean a lit interior {a la Scott Hargis, that’s who I learned from in his video series Lighting for Real Estate } with a properly exposed ambient exterior.  I’m in Southern California and photograph luxury real estate properties here, often in the $1m to $7m plus range.  And my realtor and home builder clients want to see the dramatic views that are outside the windows of these fantastic properties. Not blown out windows or half way exposed exteriors.  I’m not an HDR fan when it comes to luxury real estate interiors.  I think HDR has a place but the place is not in interior real estate photography. 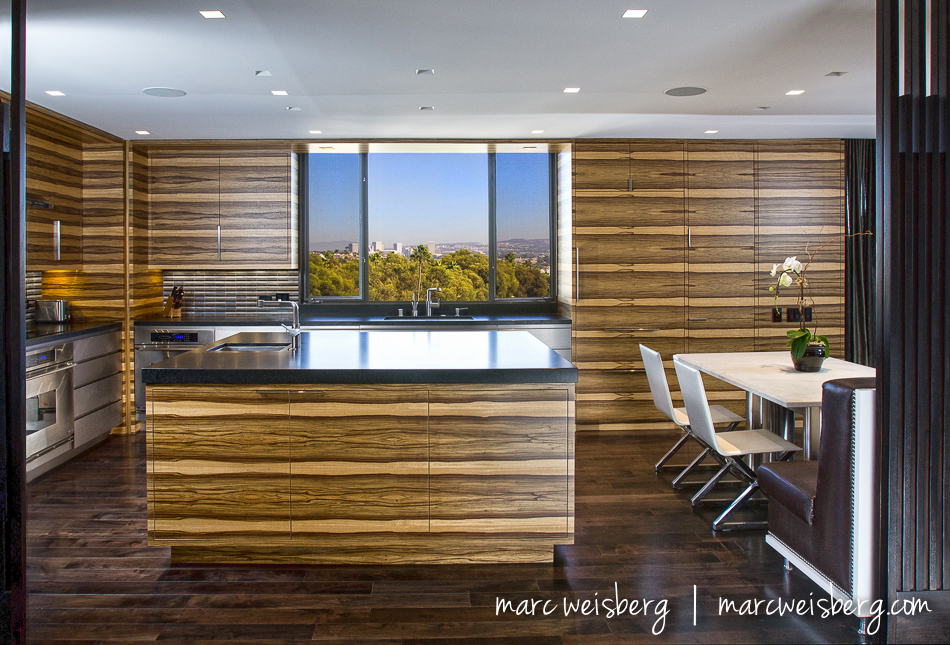 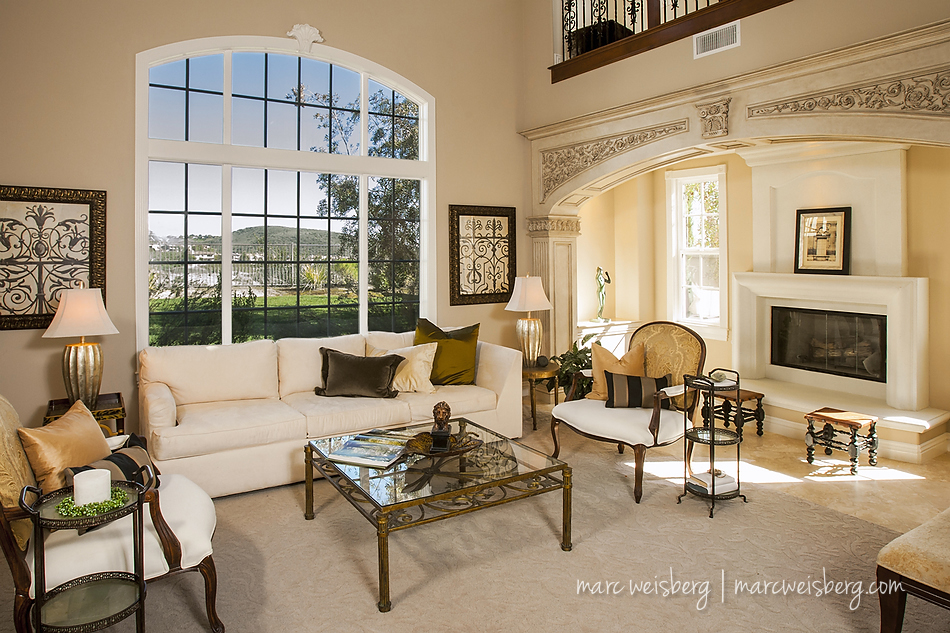 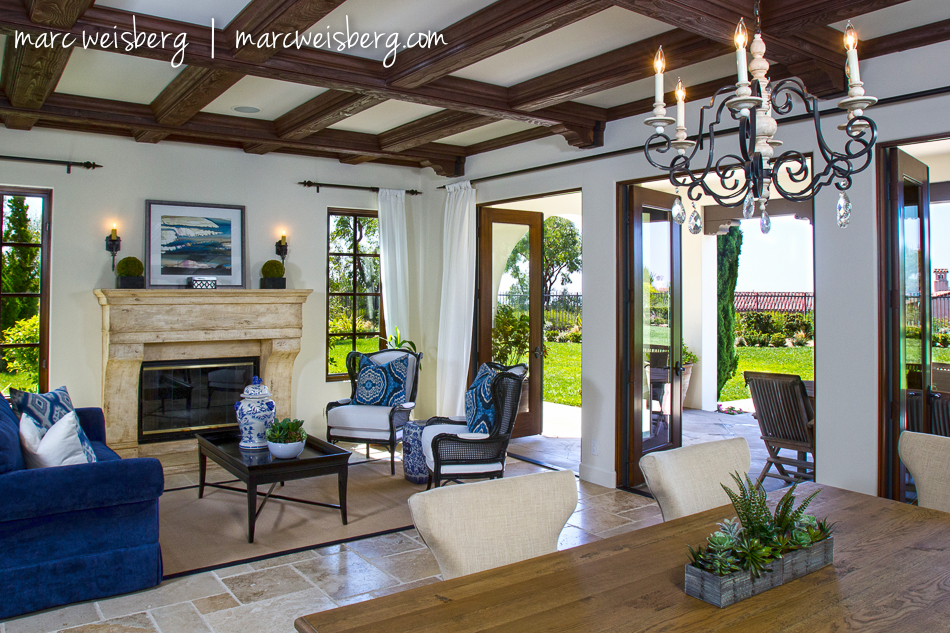 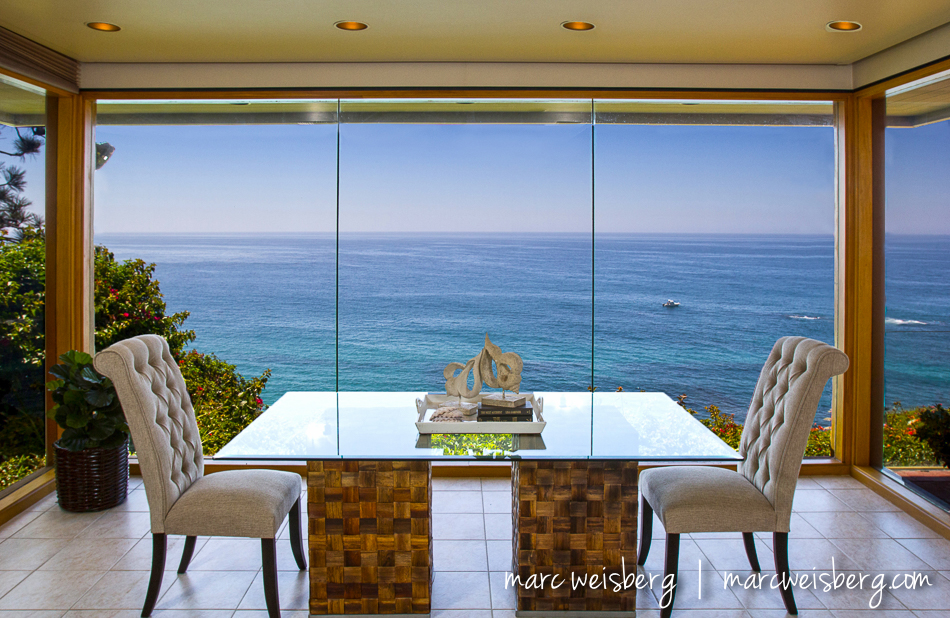 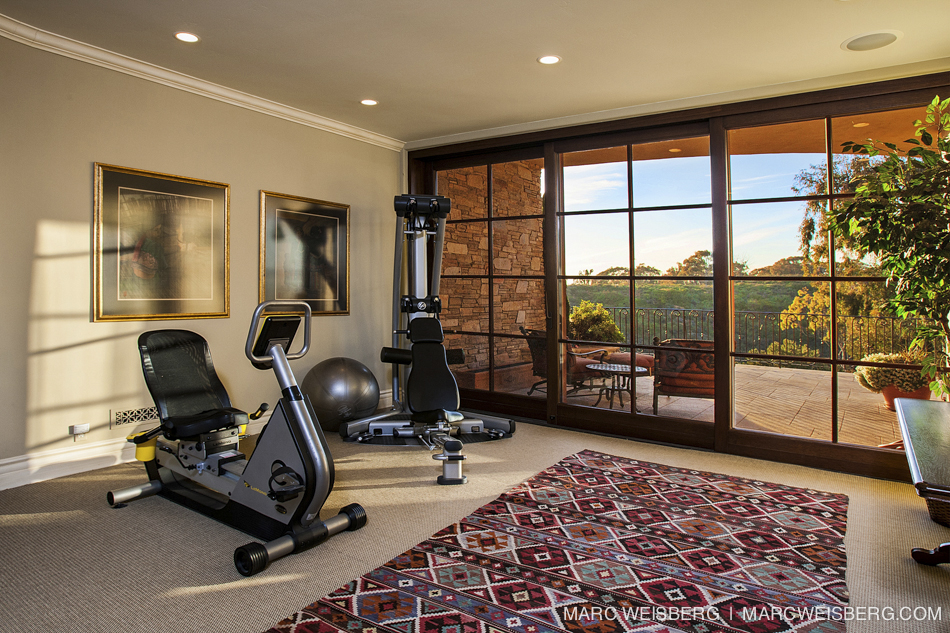 There have been lots of bits and pieces of what Enfuse or Hybrid {Hyrbrid defined: A combination of Enfuse or multi bracketing exposures with additive lighting aka off camera flash, for me….using  these speedlights, and blended with software.} can do but I haven’t found any articles, demos or blog postings that ties it all together. So I thought I’d share this with you.  I’m doing some experimentation with Enfuse and bracketing up to 7 shots with a bit of off camera flash added in to see if I can shorten my time in post. The one thing that is helping the SPEED already is, I just downloaded the desktop interface of Enfuse which you can find here:  http://software.bergmark.com/enfuseGUI/Main.html I endorse the idea of giving a donation and did make a donation to the developer.  Ingemar Bergmark, the developer of Enfuse has put time into creating this excellent free-software.  Donating money will help him keep the software current and improve development of  Enfuse over time.

My Immediate Observations About the Enfuse desktop GUI

1.  It’s screaming fast.  10x as fast as the Enfuse, Adboe Lightroom plugin.  That’s scientific! Well probably more the 10x as fast.  The above Lightroom version actually takes a few minutes to composite the image.  The desktop GUI has it completed in 3 seconds.

3.  The desktop version of Enfuse creates a nested folder inside {the drag and drop source folder, called “enfused” which stores your Enfuse blended images}

4.  Didn’t need to play around with the any of the on board controls.  Just used it as is.  Just make sure that you change the “Bracket count,” depending on how many brackets you are using.

5.  You can choose between a TIFF and JPEG output.

WHY AM I DOING THIS TESTING?  I’ve been shooting interiors like this {below}.  And its a real bitch to physically piece out and replace all the windows individually using the Polygon lasso tool in Adobe Photoshop and some advanced masking methods I’ve developed over time.  Most luxury real estate properties I’m photographing have water views or dramatic and expansive views and its super important for my realtor and home builder clients to have clean well balance exposures.  The exposure range can be  particularly difficult in the middle of the day when the interior and exterior exposures can vary by 5-6 stops of light. Examples of my current images of shooting luxury real estate currently include a very long retouching process.  I’m looking to cut my time in half, or even by 2/3’s in the post. 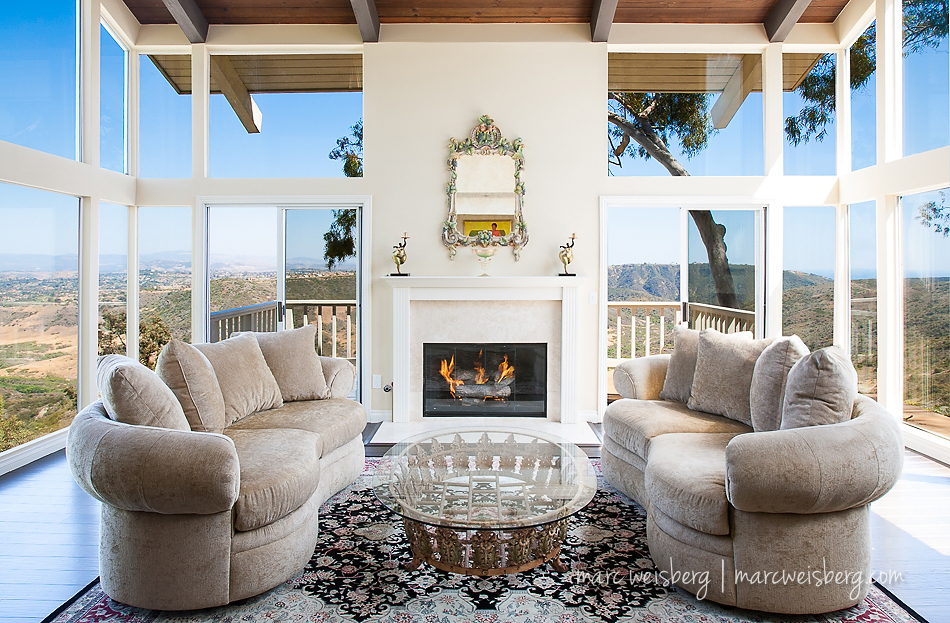 A 2 IMAGE BLEND FROM A RECENT LUXURY REAL ESTATE SHOOT

The image below is only a 2 shot blend using the  desktop version of Enfuse.  Verticals are not corrected.  Since I’m a RAW shooter, the RAW files are run through Adobe Lightroom to create Jpegs and then blended in Enfuse. The first image {below} is a mid range test exposure using off camera speedlights in a 30″ bounce umbrella camera left.  This hybrid blend is a step in the right direction but overall fails for me due to the use of only 2 exposures being blended since the interior is quite dark. I’m thinking that 7 exposures will nail this.  No window extraction at all. The way I use to do this was to light the room and make a perfect exposure of the interior and then extract the windows from a 2nd image that exposed only for the ambient exterior.  The process was way to long and creating an unnecessary post production workload. 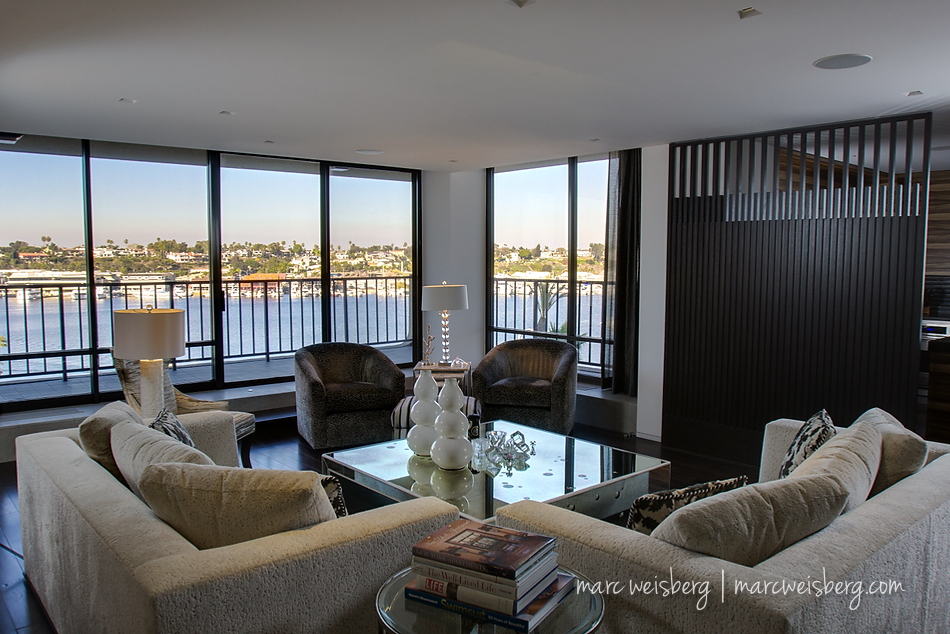 TESTING OUT THE HYBRID BRACKETING METHOD

Below is some exposure testing I did in my own home.   Its laborious to do this type of testing.  But always fruitful. Testing allowS me to discover what will and won’t work so that I can develop new techniques that will save me time. I found that a 7 image bracketing sequence was overkill. The sweet spot seems to be a 5 image bracket underexposing overall by -2/3 EV. Keeping in mind the underexposure is necessary ONLY  if there is a large differential between the f/stops of the interior and the ambient outdoors.  If you don’t underexpose by -2/3 EV you’ll end up overexposing the exterior. That’s what this whole test is about, how to get the most dynamic range in the photograph and include the exterior without sacrificing the interior. You just need to be careful not to have any reflection at all in the windows from using off camera flash because they’ll show up in the final Enfuse image.  In this example I bounced the flash off the wall to the left. Method:  Starting out at 400 ISO, f7.1,  in this case the initial interior reading was 13th/sec shutter speed, but that would have blown out windows in each exposure. So I decreased the exposure to a 30th/sec which resulted in a -2/3 EV, I could have used a minus full stop just as well. Below is an HDR of the 5 bracket sequence using NIK HDR Efex Pro 2.  For allot of photographers in my market and allot of realtors the image below is perfectly acceptable.  But it doesn’t work at all for me.  Shadows are to heavy and blocked up, the walls are not the correct color, colors are overall muddy, the exterior exposure is not the right color and a bit cartoonish, and finally there are the tell tale HDR artifacts:  halos evident around the top of both couches and the framed photograph on the end table. 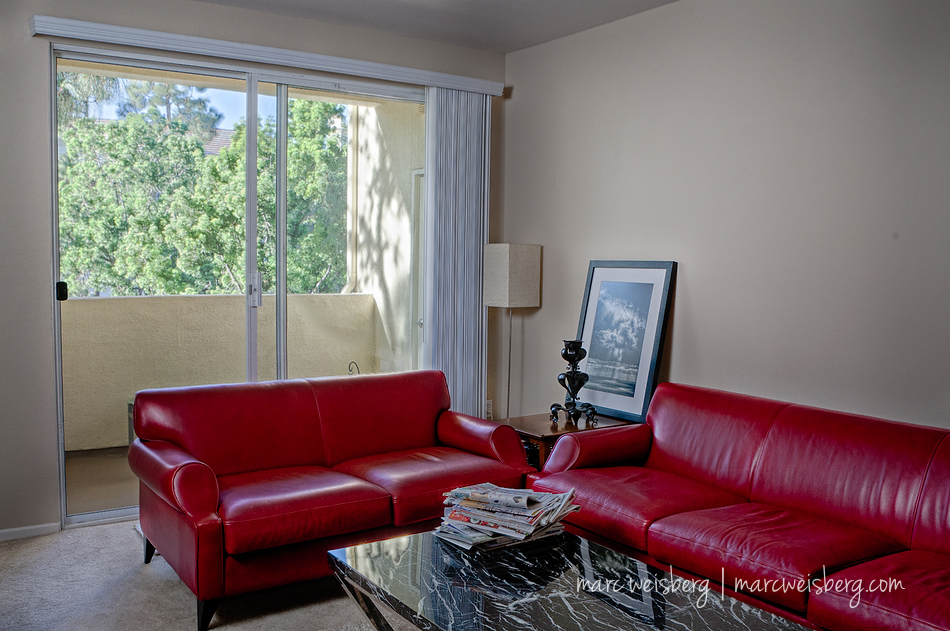 The image below is created using the Enfuse desktop GUI.  Using Enfuse’s engine, the composite literally takes about 2-3 seconds to process the 5 Bracket Sequence.  Brilliant! I’m popping off the flash at each exposure level, making sure not to exceed the camera’s synch speed of 250th of a second.  I ran the TIFF image through LR afterward and made a few minor adjustments.  Adjusting Highlight, Blacks, Exposure and Contrast to taste.  Compare this image to the HDR image:  You can see the Enfuse image is clean with even tonality across the entire photograph, the colors are crisp {not muddy} because off camera flash was sued. 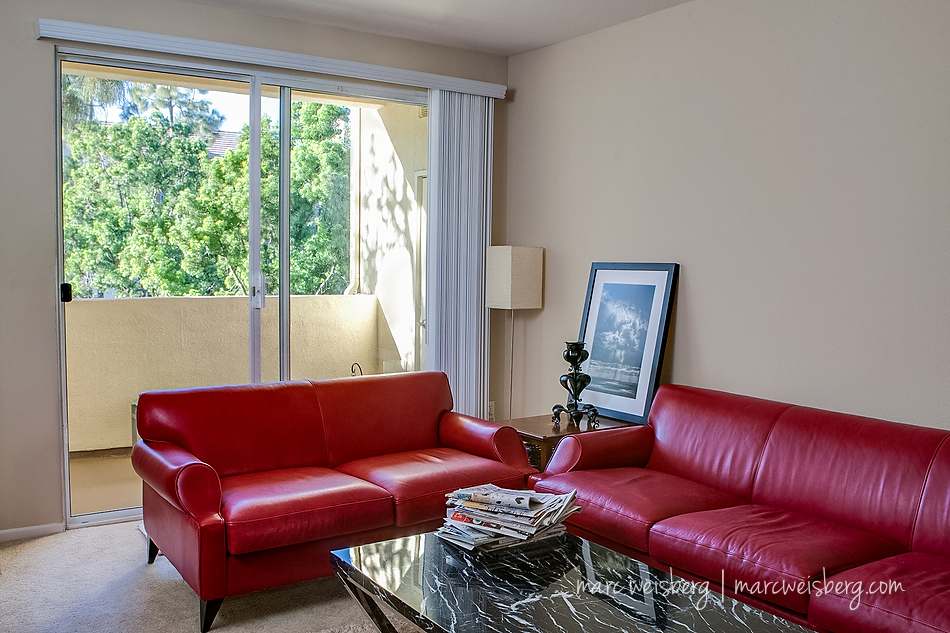 Below is the final image.  For my taste the above exterior view is a bit washed out.  All I did is take one of the original exposures {a single exposure of the darker exterior} used it as a layer underneath the image shown above and quickly selected the window’s three sections with the Polygon lasso tool and masked it in to get the darker, richer exterior. This hybrid method will save me lots of time cutting my post process by about 2/3’s because I will not have to cut out and replace each window  by compositing for my interiors anymore.  And because there is already a lighter exterior image in place before the masking, the masking its self doesn’t need to be as critically perfect, and no white edges to deal with if you were to take a blown out window area and place the correctly exposed window in it.  I’m quite happy with these results.   And I hope you find this helpful. 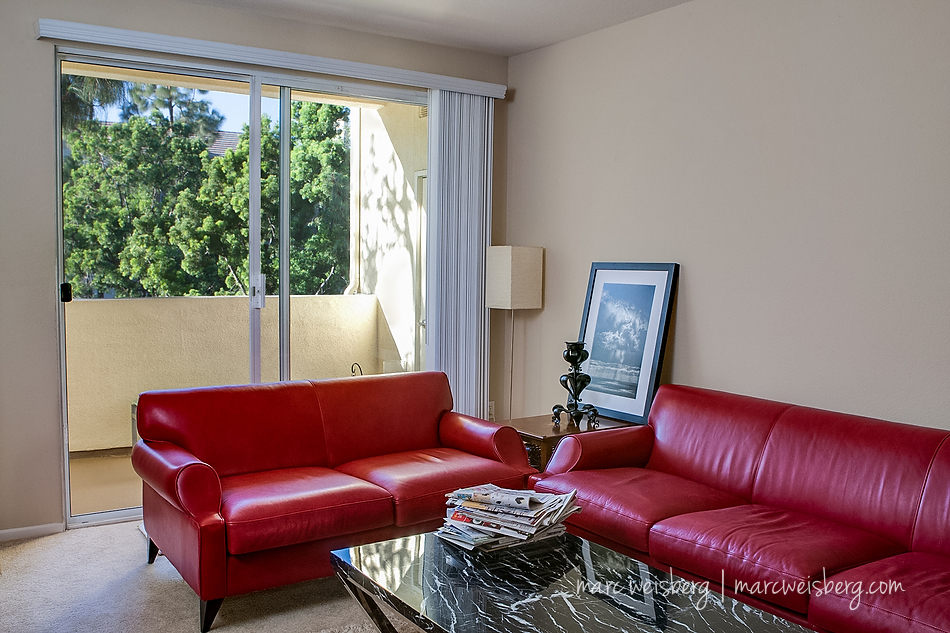 End Note:  Yesterday I had a  1 on 1  mentoring on luxury real estate photography with a photographer at his $3m home in San Clemente.  His home boasts 180 degree views of the Pacific.  I employed the exact method I describe above. The 5 Bracket Hybrid Method.  It worked like a charm.